How a 3,800-Year-Old Clay Tablet Teaches Us Trigonometry

This 3,800-year-old Babylonian clay tablet is supposed to be the oldest surviving trigonometric table. It is at least 1,000 years older than works of the Greek mathematician Pythagoras.

New York publisher George Arthur Plimpton purchased this tablet from an archaeological dealer in about 1922. Later it was passed with the rest of his collection to Columbia University. First trigonometric explanation was coined in 1980. Now work on this hypothesis was continued by a team from the University of New South Wales in Sydney.

The task isn’t simplified by the fact that Babylonians used sexagesimal notation instead of decimal notation we are so used to. However, exactly that fact may be the reason why this ancient trigonometric table is so precise.

Find out more in this video:

Stepan is the owner and editor of iBookBinding.com since August 2015. He has been a bookbinder since 2006 and has taught hundreds of students since 2014. Recently Stepan spends more time crafting and 3d-printing bookbinding tools than making books.

‹ Collection of Book-Themed Postage Stamps › Get the Reprinted Edition of The Archaeology of Medieval Bookbinding by J.A. Szirmai! 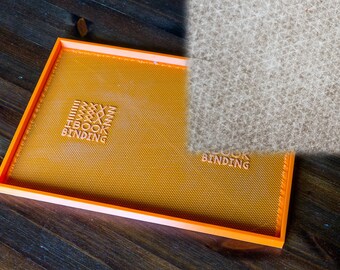