Is the book to have a gilt top? Marbled or gilt edges? Or is it to be left uncut? These questions must be settled before anything further is done. If the book is to be uncut or have a gilt top, the rough edges should be taken away with a very sharp knife or shears: this process is called “trimming.”

The book having been knocked up straight, is laid on a piece of wood planed smooth and kept for this purpose, called a “trimming board.” It is then compassed from the back, a straight edge laid to the compass holes, and the foredge cut with a very sharp knife. If the knife is not sharp the paper will yield to the slight pressure required and will not be cut. It is therefore absolutely necessary that a good edge be given to the blade, and, if possible, to keep a special knife for the purpose. Such knives, called trimming knives, are sold, the probable cost being about two shillings. They have a very broad blade.

The object of trimming is to make the edges true; the amount taken off must be only the rough and dirty edges, the book being thus left as large as possible.

The French put their books in the press between boards and rasp the edges, but this method has not only the disadvantage of showing all the marks of the rasp, but also of leaving a roughness which catches and retains the dust in proportion to the soft or hard qualities of the paper.

Another method is to put the book into the cutting press, and cut the overplus off with a plough, having a circular knife, called a “round plough.” This is used when a number of books are being done together. I prefer to use the straight edge and knife for the foredge and tail, and to cut the top when the book is in boards. It is, however, not necessary to go to the expense of a round plough, it is only advisable to have one when “plough trimming” is of daily occurrence; an ordinary plough knife, ground to a circular edge, will answer in most cases.

Another excellent plan is to set the gauge of the millboard machine, or a card-cutting machine, and to cut or trim each section, foredge, and tail, by the machine knife. In a large number of books this plan is to be recommended; the whole is cut more even and in less time; trimming by this method must, however, be done before sewing. This method is also adopted by some French houses.

Before leaving the subject of trimming, I will insert a few lines from the well-known paper the “Athenaeum,” as to how a book should be trimmed; and so much do I agree with its writer , that I have the quotation, in large type, hung up in my shop as a constant caution and instruction to the workmen:- (No. 2138, Oct. 17th, 1808)

“Mr. Editor, -If you think that the ‘Althenaeum’ is read or seen by any members of that class of ruthless binders, who delight in destroying the appearance of every pamphlet and book that comes into their hands, by trimming or ploughing its edges to the quick (and almost always crookedly), I beg you to insert this appeal to the monsters crookedly), I beg you to insert this appeal to the monsters I have named, to desist from their barbarous practices, to learn to reverence the margin of a book, and never to take from it a hair’s breadth more than is absolutely needful. The brutality with which the fair margins of one’s loved volumes are treated by these mangling wretches with their volumes are treated by these mangling with their awful plough knives is shocking to behold. The curses of book lovers are daily heaped on their backs, but they go on running-a-muc, heedless of remonstrance, remorseless, ever sacrificing fresh victims. Had we a paternal government, one might hope for due punishment of some of these offenders: one at least might be ploughed up the back, another up the front, as an example and a terror to the trade; but as this wholesome correction cannot unhappily be administered, will you give expression to the indignation of one amongst a million sufferers for years from these trimmers’ savageries, and let them know what feelings their reckless cruelty awakens in many breasts? One of the largest houses in London has just sent me home fifty copies of an essay, intended as a present for a friend. They have been trimmed, and been ruined. Would that I could have the trimming of their trimmer’s hair and ears; also his nose! I don’t think his best friend would know him when I had done with him. “But, Sir, we live in a philanthropic age, and are bound to forgive our enemies and try reform the worst criminals. I therefore propose a practical measure to win these book trimmers from their enormities; namely, that fifty at least of your readers, who care for book margins, should subscribe a guinea each for a challenge cup, to be competed for yearly, and held by that firm which, on producing copies of all books and pamphlets trimmed by it during the year, shall be adjudged to have disfigured them least. I ask you, Sir, if you will receive subscriptions for this challenge cup? If you will, I shall be glad to send you mine.

“M. A. “P.S. – Any one who will cut out this letter, and get it pasted up in any binder’s or printer’s trimming room, will confer a favor on the writer.”

A very good trimming machine has been invented by Messrs. Richmond and Co., of Kirby Street, Hatton Garden. The bed rises and falls, with the books upon it, instead of the knife descending upon the work, as in the cutting machines; and the gauges are son arranged, that the foredge of one pile of books, and the tails of another, can be cut at one operations, and it is guaranteed by the makers that the knife will leave a clean and perfectly trimmed edge.

The book must now be glued up; that is, glue must be applied to the back hold the sections together, and make the back firm during the rounding and backing. Knock the book perfectly true at its back and head, and put it into the lying press between two pieces of old mill-board; expose the back and let it project form the boards a little, the object being to hold the book firm and to keep the slips close to the sides, so that no glue shall get on them; when with flue, not too thick, but hot, glue the back , rubbing it in with the brush, and take the overplus off again the brush. In some shops, a handful of shavings is used to rub the glue in, and to take the refuse away, but I consider this to be a bad plan, as a great quantity of glue is wasted.

The Germans rub the glue into the back with the back of a hammer, and take away the overplus with the brush; this is certainly better than using shavings. The back must not be allowed to get too dry before it is rounded, or it will have to be damped with a sponge, to give to the glue the elasticity required, but it should not be wet, this being worse than letting it get too dry. The book should be left for about an hour, or till it no longer feels tacky to the tough, but still retains its flexibility. A flexible bound book should first be rounded, a backing board being used to bring the sheets round instead of a hammer, then the back glued, and a piece of tape tied round the book to prevent its going back flat.

But all books are not glued up in the press; some workmen knock up a umber of books, and, allowing them to project a little over their press, glue the lot up at once; others again, by holding the book in the left hand and drawing the brush up and down the back. These last methods are, however, only practiced in cloth shops, where books are bound or cased at very low prices. The proper way, as I have explained, is to put the book in the lying press. The book is ten laid on its side to dry, and if more than one, they should be laid alternately back and foredge, with the back projecting about half an inch, and allowed to dry spontaneously, and on no account to be dried by the heat of a fire. All artificial heat in drying in any process of bookbinding is injurious to the work. 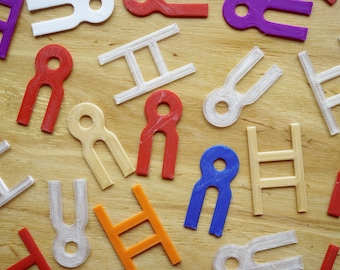